It’s December 31 and we’ve been waiting for snow. I’ve lived in Pennsylvania for most of my life and I can’t ever remember another year where we’ve gone the entire month of December with no snow.  My son is waiting for it and at the first sign of frost in the morning, he says “Mama, it will snow soon.”  Just this afternoon, we were outside, the sky very gray and the air bitter and he said, “It really feels like snow.”  And later tonight, we left my sister’s house after a New Year’s Eve dinner and it was spritzing.  It was a very fine rain and he said, “I think this will turn into snow!”  He is optimistic and excitedly awaiting its arrival, but the snow is stubborn this year and won’t fall from its home in the sky.

When I was just a little girl, I thought the clouds stored the snow and I used to imagine it there, comfortable and unwilling to fall to the ground where, at first, it would be beautiful, then turn ugly with the earth mixed in, and finally melt into the ground—never to be seen again. I enjoyed the snow, but my imagination left me wondering who would want that fate?  Why would something want to fall and then melt?

But really, as I’ve gotten older, I’ve come to see it as something else all-together. Snow falls and covers the earth below.  It erases boundaries and makes it hard to see where one person’s property begins and another ends.  It covers and allows us all to retreat into our homes for a much needed rest.  Those of us who don’t pause are forced to pause and take reprieve in our homes, snug by our fires and under our blankets.  Snow falls, melts, and we watch with wonder (or disgust!).  Later, when all the snow clears, we see the first bulbs of spring and all of the new life on its way. 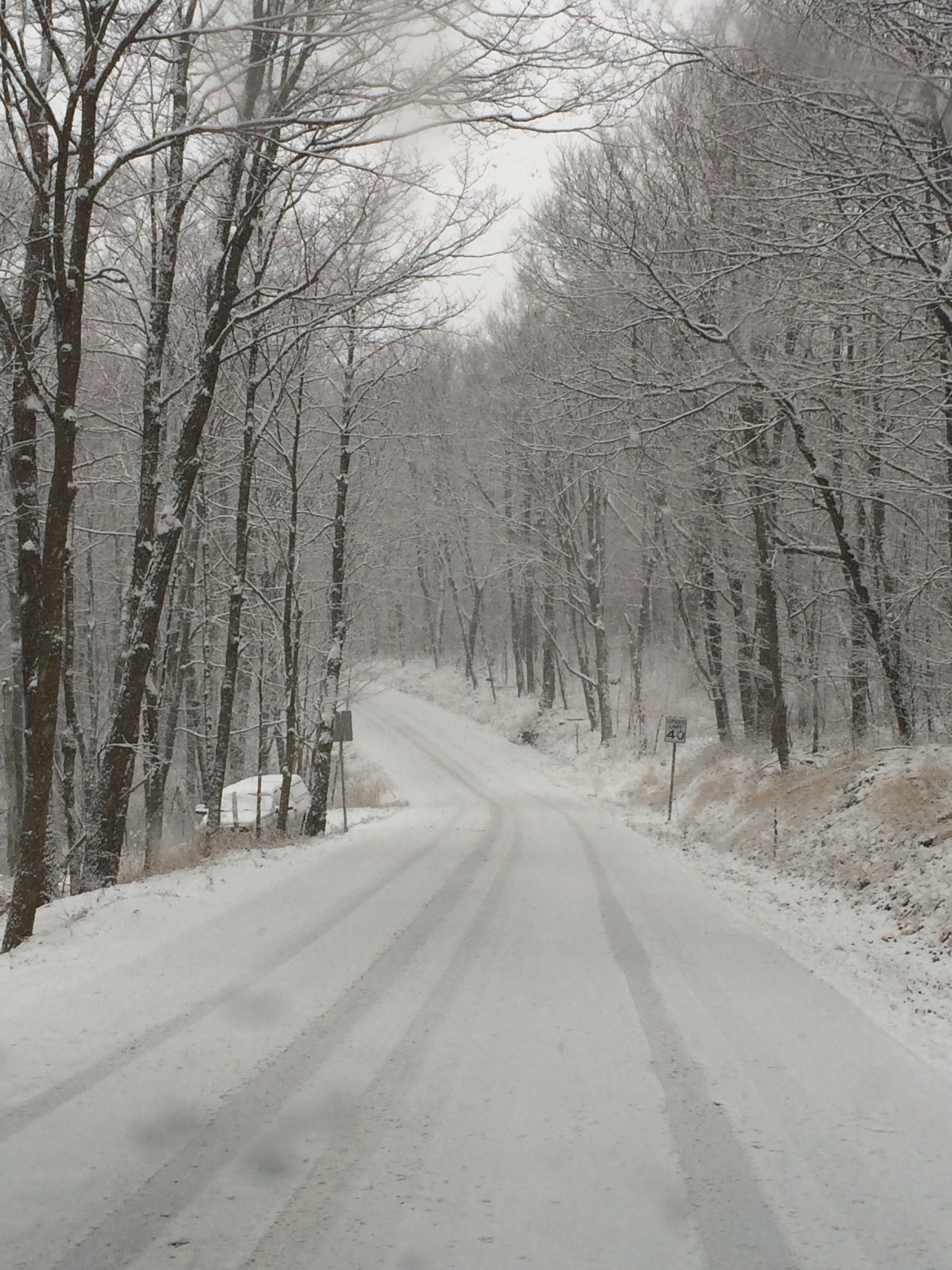 In this past year, I’ve come to see hardship in the same way I’ve seen snow. We fall, struggle, mix with the earthiest parts of ourselves, and melt into puddles of who we are or who we once were.  But, if we reach out to those around us, the authenticity of saying “hey, I’m not all together now or ever” erases boundaries and draws people together.  Our children gather and rub our faces with small hands.  Our people come close for a latte by an open fire—just to hear how we are managing.  There is beauty in all stages of the snow, just as there can be beauty in the struggle, even though that’s so hard to see when we’re there.  But when the prettiest parts of ourselves mix with the parts underground for so long—parts maybe we had even forgotten and only found again because we had to dig deep in order to dig out— I think we come out more authentic, more powerful, and stronger because our eyes have been opened to what we really do have after the snow melts and after the storm clears: look at all the life!  And the new life that comes after a snow storm—literal or figurative—is well worth the cold days of winter.

So, my friends, I hope you all enjoy this winter and this new year, wherever you are.  And if you’re struggling or have been struggling or have never struggled at all, that you can still say: look at all the life!  Because sometimes, we have to dig deep in order to dig out.  Here’s to a year of looking at all the life around us, no matter how covered it sometimes becomes.

I raise my cup of coffee to you today for a year full of open arms, full hands, answering calls, and mothering all parts of ourselves. Happy New Year!

(I wrote the above last night and guess what?  We woke to snow flurries this morning, New Year’s Day.  It’s just blowing and ever so slight, but my son is thrilled and the baby giggled and raised her hands to it, as only one who doesn’t remember seeing snow before could.)