My daughter will be two in June and was an early talker, mostly I think because of her older brother and his almost constant chatter.  And while she has attempted to say her name, she has stumbled over the “g” sounds.  But today she said it clearly–crystal clearly–for the very first time.  I heard her little voice perfectly pronounce “Maggie.”

And as she said her name, my heart soared and even though it might seem like a small thing to some, to me, it was a part of my world all wrapped up in a name said by my daughter, a baby I dreamed of.  How I dreamed of her and now, she’s here.

All in a name.  And I repeated it to her, over and over again, “Maggie.”  Her name means so many things to me. 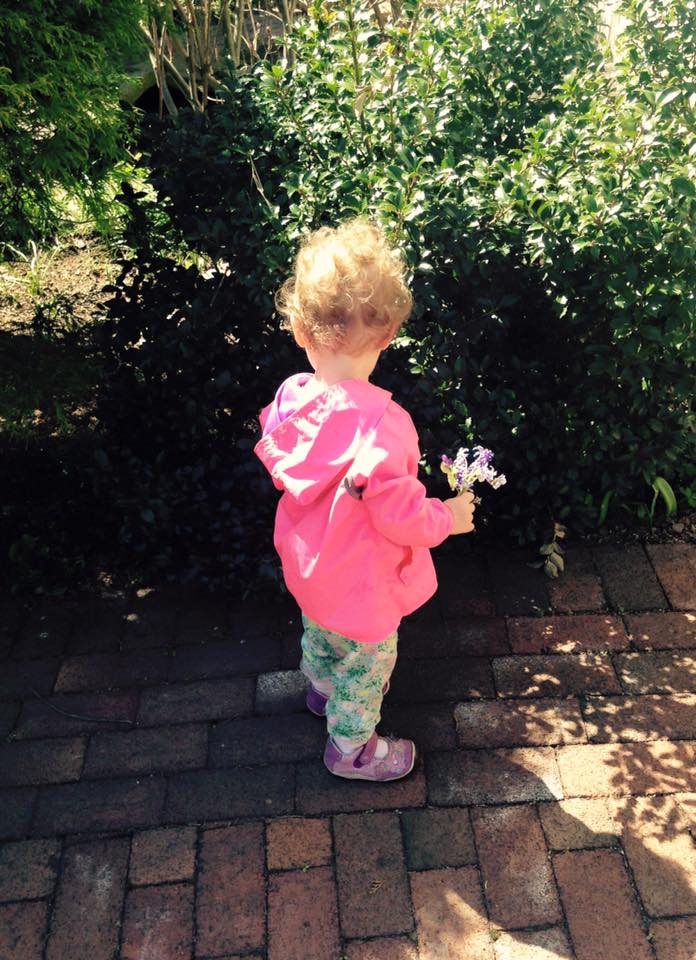 She doesn’t sleep through the night yet, but she dances to every single song I sing.  She asserts her will over and over again, all day long, but her inherent empathy astounds me.  She has an energy that exhausts me, but she runs full tilt towards life with her arms wide open.  And you know what?  She’s taught me to do the same.  She’s challenged every idea I’ve ever had and it’s been frustrating on some days and in some ways, but so very rewarding.  And my arms are finally open and I’m running towards the world, too.  We’re doing it together.   All in a name.

Our children have their own names and their own identities, but they really teach us so much about ourselves if we let them. Through their first smiles, steps, and words, they open worlds to us, ones we never knew, and it never ends.  As they age, every single first becomes a first for us, too, as they stretch their arms to the world and we open ours, too.   I now know mothering my children is a way to find my identity.   Just as Maggie says her name,  I’m learning what mine means, too.

Thanks for Mothering the Divide​ with me, and as you end your day, I hope you say the names of your loved ones and relish in their identities and what they’re teaching you about your own.