“There are just so many things you need to do right.”

My son said those words to me after he hit the ball tonight at his baseball game but was out because he didn’t run to first base fast enough.  He ran as fast as he could, but the first baseman was quicker.

My son’s cheeks were flushed and full under his baseball helmet, and disappointment was so evident in his hunched shoulders.  I told him that all he could do was try his best.  Later, after his team finished batting, I watched him get right up.  He smiled and ran into the field–right back in the game.

How many times have you felt like this yourself?  In the course of a day, how often are you expected to do it all right and if you don’t, you fall short of success?  Sometimes, we simply feel like we fail at the game of life, despite our very best efforts.

Tonight, as you play or parent or coach or simply be a friend or a sister or a daughter, I hope you can remember that if you “strike out” or get out at first base, second, or third, that you must keep on trying.  And even if we play the game well, even when we try our best, there are still times when it’s inevitable that we will get out in the game of life.

The game of life might get us down sometimes.  There are just so many things we need to do “right” in the course of a day, but in the end, it’s the effort that matters.

My son ran back into the game, and eventually, he hit the ball and didn’t get out at all.  But if he hadn’t tried again, he would never know.  And that’s the same for us:  if we don’t try again, how will we ever know? 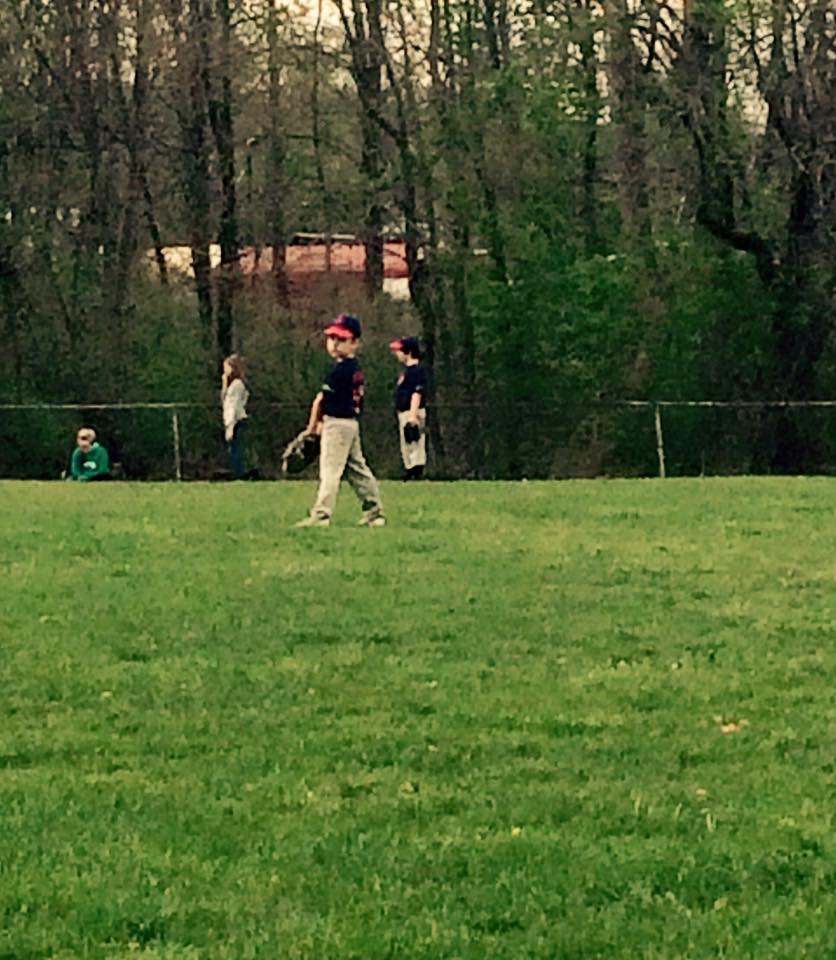 In the end, we must rally and stand up and run right back into the game.  As our kids see us do it, they will do it, too.

Thanks for Mothering the Divide here with me, as we all do our best at this game of life.