This afternoon, I overheard my children, again, arguing about the color of a crayon.  It’s becoming a regular debate. Of course, my son knew the color it was, but my daughter persisted in saying a brown crayon was black.  The little voices in the living room got louder and louder before my son finally said, “Fine.  I know what color it is, but think whatever you want.”  And then he just walked away.  And she stood and tried to engage him as he left.

In the past, there have been times when I have been one to “puff up” when it comes to a disagreement, as Brenè Brown mentions in this quote.  But lately, I’ve been practicing simply standing on my sacred ground, confident and secure in my choices.  I don’t shrink; I don’t puff up; I simply do my best to stay the course.  But I think it can be so very hard and I have failed.  It’s hard to simply stand your ground, as my son did today in the living room (after first puffing up).

This weekend I received two apologies that I found completely unexpected.  Of course, I remember the disagreements; however, in both, I had practiced one of my new mantras:  “stand your sacred ground.”  I stood my ground and watched as people puffed up around me.  And you know what?  There was such power in that–the standing of ground without becoming so emotionally invested.  As a result, I didn’t even think of getting an apology because, in my mind, I moved on rather quickly.  I stood my ground.  And that was the end of it.  Without the strong emotional response I once had, I was left content to chalk it all up to differences of opinion.

My son today puffed up first but then he just stood his ground.  I hope that over time, I can teach both of my kids that standing our ground is all we can do.  No shrinking.  No puffing up.  I hope I can continue to learn it, too.

It’s funny, you know?  How we learn these lessons with our kids and because of them.

Thanks for mothering the divide here.  My prayer for tonight is that we all find what and where our sacred ground is and that we all learn how simply to stand on it.  Nothing more, nothing less. 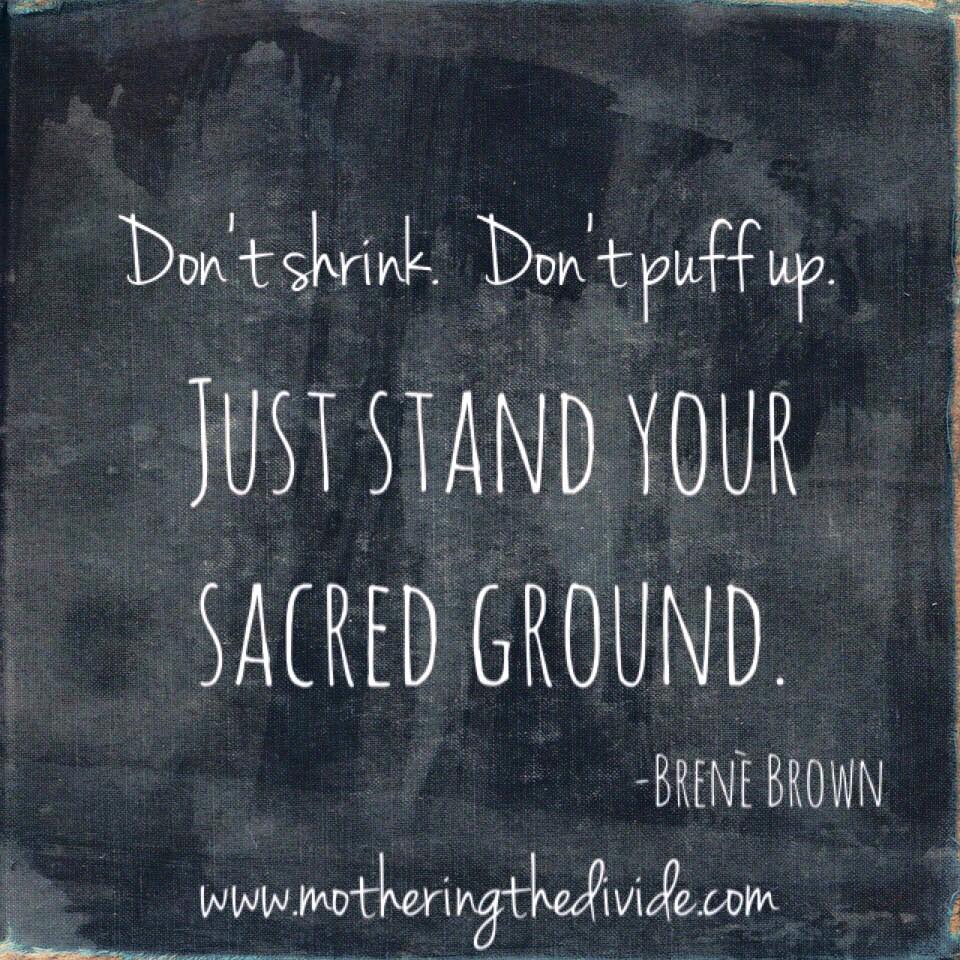