Last weekend, we went to a local state park for a benefit walk and while there, I had a very honest exchange with a new fan–a sweet, little girl. The conversation left me wondering, all week, what could be gained if we just spread more love around with smiles and compliments.

It was windy and cold this past Sunday morning; fall had certainly arrived here in Pennsylvania, and we were all bundled up. The kids were excited, but my husband and I had gotten into a debate about what kind of clothing was appropriate for them. He’s super relaxed about clothing and doesn’t worry much about weather. I, on the other hand, kept asking him if our kids would be cold. We got into a small debate about this fact on the way to the park, and after a brief argument, I ended up feeling ridiculous for being the worrier in our little family. 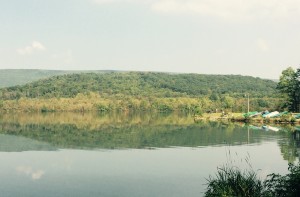 My list of questions included: “Does she need sunscreen? Where are their hats? Geez, it’s cold. I hope they don’t need coats.” I was truly caught up in making sure they were warm and protected, and while that’s not a bad thing, I guess, I did end up focusing on it a bit too much, losing out on the excitement of our morning. My husband, generally patient with me, was annoyed at my barrage of questions. And so, we pulled into the parking lot of the park, me feeling a bit undervalued and underappreciated and with my son saying “Mama, you worry too much.”

The wind hit me in the face and I immediately wished I had brought the hat for the baby. I didn’t say this, however, because in the end, my husband would be right: she’d be fine in the backpack we had for her—protected on her Daddy’s back. My son ran off to play with friends on the dock, and my husband and I made our way down to the water’s edge for the opening ceremonies. As the kids played, I walked around with my daughter, doing my best to listen to the speaker’s words. The kids were gathering acorns, oblivious to the weather. I stared out at the water, tiny waves making the boats rock. No matter my worries, my kids were happy, and I continued to feel sheepish. My husband even joked with me, saying “See, I told you. It’s fine.” And so, I relaxed into the moment at the park, watching the kids gather acorns. There was one little girl there with big, brown eyes and dark hair that I had never met. I noticed her adventurous nature and her cowboy boots as she played with my son and the other kids. 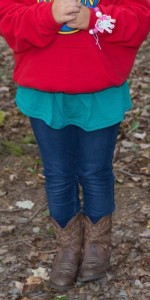 Minutes later, out of the blue, she came up to me and grabbed my hand. She told me her name and I told her mine. She looked up at me and said, “I’m a big fan.” I was confused and asked her what she was a big fan of and she said, “You, of course.” I just smiled, telling her how that was the sweetest thing I had ever heard. She squeezed my hand and smiled back at me. Honestly, my eyes filled with tears at her simple statement.

All of this week, I thought about her words and how they really resonated with me at a time when I needed them. Kids are very honest with their words and I think adults could learn a lot about how to treat others from time spent with a small child. This week, at various times, I spoke her words to my son, “I’m a big fan of that art project” or “I’m such a big fan of that Lego creation.” One day, I told him that I was a big fan of his new haircut and that he looked awesome. His quick response was, “Thanks. I’m pretty sure that I do.” Instead of feeling like I maybe wasn’t being genuine (which I was, of course!), he just accepted my compliment, confident in his own right and in the fact that I really am a big fan of his.

Let’s go forth this week, spreading love, smiles, and compliments. You know, let’s even smile and use those words, okay? “I’m a big fan.” You never know how your heartfelt words can make a difference to someone who might need them.