Today, we crossed over.

As I watched him walk across a metaphorical bridge between kindergarten and first grade with tears in my eyes, I couldn’t help but to think of the past crossovers in our lives–his and mine, forever bound now in his face which looks so much like my own.

When he was born, I crossed over from a woman who acted so sure to a mother who was only sure of one thing: her love for the tiny baby in her arms who stared at her like he was memorizing her face–line by line.

I remember noticing when he crossed over from a baby to a toddler: there was something about his face that shifted–a bit less chub in his full cheeks? And I remember being in awe of the little boy who held my hand and showed me leaf after leaf and whose gentle nature I could see in the way he would hug the head of a horse. Even then, they knew he was a kindred spirit.

Years later, his hair darkened and his eyes settled into the familiar gray they are now, and with this, my son crossed over from a toddler to a boy. I read once that eyes are the window to the soul and his eyes reflect the way he sees the world: in shades of gray.

And in the years since, I’ve watched him grow and cross over from an only child of five years to the best big brother I could have ever hoped for. The kindness he shows his sister is a foundation on which she will stretch her own arms, knowing full well that he will catch her.

At the start of the year, he became a kindergartner and crossed over into his start of formal education. And he’s grown so much: his neck has gotten longer; his face grows ever thinner; his hands are looking more and more unlike the baby hands I once stared at for hours. He’s learned academic things, of course, but what’s more: he’s learned how to be a good friend and how to work through things that are sometimes hard. And he’s shown me how to do the same. I’ve walked in his example.

And today, he walked over a bridge and crossed over, leaving behind kindergarten, and all I could think of was “where has my baby gone?” I’m so very proud to be his mother and when I briefly spoke today to the audience to thank his teacher, I introduced myself as “Matt’s mom.” And while I am many other things, being his mother is the single best thing I’ve ever done, the greatest thing I will ever be, the way I will always choose to define myself, ever more.

The years I have spent with him have been the very best of my life and in them, I’ve crossed over. I’ve crossed over and seen the beauty in the everyday through the eyes of the gray eyed boy who holds my hand and calls me Mama. Thank God for allowing me this crossover and for giving me this child to mother and usher through the various crossovers headed his way. This is only the beginning and I know it.

Thanks for Mothering the Divide with me tonight, a night my son leaves on a special graduation trip with my parents for the weekend. And while it’s so hard for me to let him go, I did it because this is a crossover, too. Each day is a crossover, my friends, as we help our children learn and grow and change. How blessed are we. 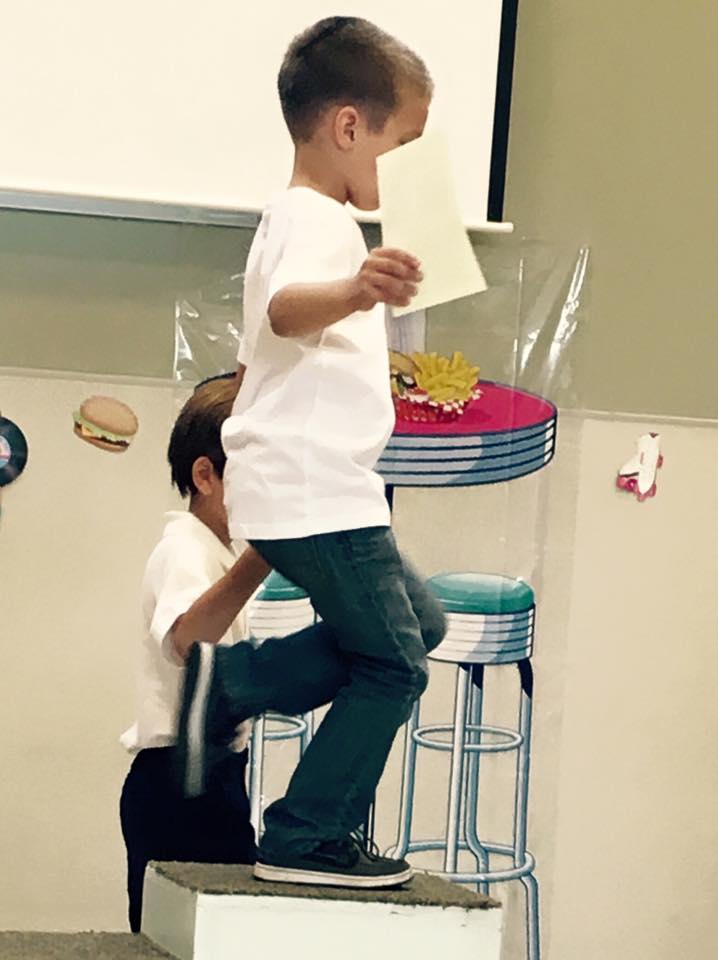