It was a spur of the moment reading and while it took me a while to figure out what I wanted to wear, I settled rather quickly on the essay I would share. When I arrived at the old log cabin that is now a coffee shop, I read my letter and then I asked them to write a letter to themselves in the future with a list of lessons they hoped they had learned by then.  I wasn’t specific about the time frame, but I did make it clear that it was a letter to the adult version of themselves.  The teenage girls, sitting in leather arm chairs, legs curled under them with notebooks propped up, pens poised in the air, just looked at me, blankly at first, but with some more explanation and gentle encouragement, they bowed their heads and set to work.

The work did almost seem holy—like someone bowing her head in prayer–although at the time, I assumed it was just the effect of the lighting on their faces as the sun skipped in through the window.   The girls looked contemplative and content, but I could tell they were searching.  Despite the fact that my own letter–detailing things I wish I had known at age 16—was specific and meant to inspire inspiration for their own letters, I could tell that they were partially wondering why they would even bother to think of themselves at my age—37.  What would they—most of them now 16—have in common with me at age 37?

I wore a cape to the reading—a navy blue one with beautiful detailing done in gold thread. I really do like the cape, but I wore it because it seemed to be the perfect thing to cover my too tight jeans.  I sat there and watched the girls, comforted that I was hidden underneath my cape and simply thankful capes are in style.  I smiled when the girls looked at me and offered my help as they wrote, but mostly, I was lost in my own mind, thinking about my stomach that is no longer flat.  I have two children and my stomach has expanded and stretched and seems almost resistant to return to what it once was.   As I looked at them busy at work, I plotted against the willfulness of my stomach.  I’m sure they had no idea that as I was sitting there, I was simply relieved to be concealed.

They wrote and after I had successfully laid out a brilliant plan to combat my stomach, almost in pain now because the button of my jeans was pressing into it, I asked them to share their letters. I smiled and made my eyes as soft as they could be and willed myself to remember that this work really is holy and that my stomach can wait, as it has for many years.  Somehow, I managed to focus completely on the girl who volunteered to share her wish for the future with us first.   She looked down at her feet, now uncrossed from underneath her and resting on the floor, and said, “I hope by the time I’m your age I have found my confidence.”

The room was quiet and it was as if her words had slipped down my throat and wrapped around my heart like a vice, fingers squeezing and causing me to lose my breath—dramatic but true. I felt her words squeeze my heart and bring it up to my throat where it sat and made it hard for me to speak.  I kept swallowing, tears briefly welling in my eyes, composed myself quickly, and finally managed a “thank you for sharing that.”  Her big brown eyes looked at me in expectation—willing me to say something, to impart upon her some words of wisdom about how I had gained my own confidence, me this woman at 37.  And what was I to say?  Sitting there, wrapped in my cape? What could I say?   I wanted to say a million things:

I have a daughter and it takes almost all of my willpower not to say something bad about myself when I look at the mirror because I don’t want her to have the body image issues I do.

I want to lose the 15 pounds that will likely make my stomach relatively flat again, and while I have a brand new elliptical sitting right behind the desk at which I write (haunting and taunting me even now as I type these words!), I have only used it twice. I sit at my desk and write at night instead—eating pop tarts and drinking coffee (and usually wrapped in a cape).

Honey, this is my struggle, too.

After thinking for a moment of all that I could or should say to this young, smart, talented, and beautiful girl, I just smiled and said, “I understand. And I so hope you find it, too, because you are amazing. You are amazing, my dear, just the way you are.  You are amazing.” And her face changed in reaction to my words—it was like a tiny light went off—small but present.

The reading ended, and I went home to my own, young family, and my small daughter crawled into my laps and raised her tiny foot to my mouth for a kiss. Her tiny toenails were painted a pale purple and she giggled when I kissed her foot.  And I smiled and said to her, “You are amazing, my dear, just the way you are.”  And she giggled and raised the other foot for me to kiss.

Later, I took off my cape and was standing in front of the mirror, brushing my teeth, and examining my 37-year-old self. Instead of the talk I usually speak to myself, I tried something new after I spit and put the toothbrush away.  I tried looking in the mirror and speaking the words I told the girls—one just a toddler and one a teenager.  I looked at myself and forced a smile and I said, “You are amazing, my dear, just the way you are.”  I said it a few times to myself and you know what?  It was so interesting.  Because just like the toddler and the teenager, I really started to believe my own words. And that felt holy. 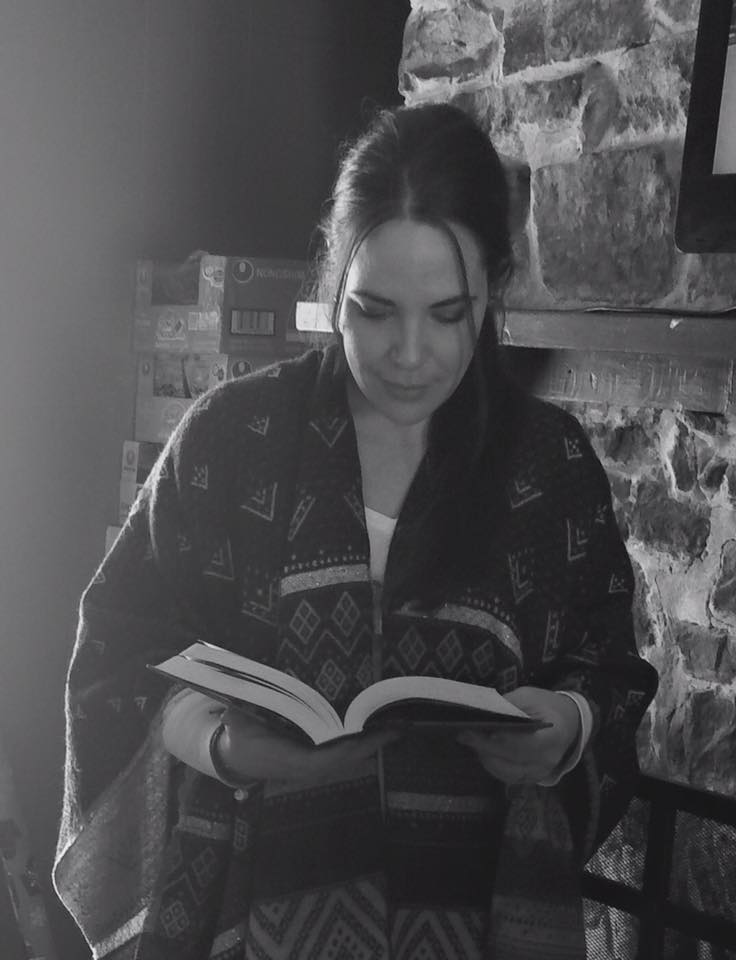